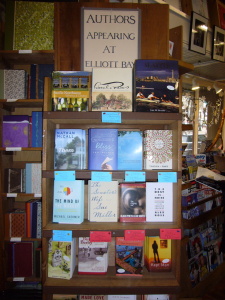 Author Laura van Dernoot Lipsky is the founder and director of The Trauma Stewardship Institute. Widely recognized as a pioneer in the field of trauma exposure, she has worked locally, nationally, and internationally for more than three decades.

Laura found her calling at age 18, when she regularly spent nights volunteering in a homeless shelter. She went on to work with survivors of child abuse, domestic violence, sexual assault, acute trauma of all kinds, and natural disasters. Simultaneously, she has long been active in community organizing and movements for social and environmental justice and has taught on issues surrounding systematic oppression and liberation theory.

A decade into her career, Laura experienced what can best be described as a near-psychotic break—which, she came to realize, was the result of years of witnessing and being intimately involved in trauma while lacking insight into how to sustain herself amidst such conditions. As a part of her attempt to come back from the brink, she began a journey of inquiry into the lasting effects on both individuals and communities of exposure to the suffering, hardship, crisis, or trauma endured by humans, other living beings, or the planet itself.

Since those early days, Laura has worked with groups as diverse as zookeepers and reconstruction workers in post-Hurricane Katrina New Orleans, community organizers and health care providers in Japan, U.S. Air Force pilots, Canadian firefighters, public school teachers, private practice doctors, tiny non-profits, massive state agencies, libraries, the Pentagon, alternative colleges, and Ivy League universities. Much of her work is being invited to assist in the aftermath of community catastrophes whether they are fatal storms or mass shootings.

Increasingly, the issues surrounding trauma have attracted the attention of private corporations as well. Facebook sought her out to consult with their teams, and film and television companies have asked her to educate actors, screenwriters, and production staff on the consequences of replicating trauma on screen.

Laura became one of the first in the field to talk publicly about the profound price that the witnessing of mass extinctions, potentially irreversible ecological losses caused by global warming, or other forms of human encroachment is exacting from the individuals and organizations who are attempting to save our planet. The environmental community has embraced Laura’s work. She has met with some of the world’s preeminent ecologists and been invited to serve on the boards of several environmental groups. Laura is a founding member of the International Transformational Resilience Network.

In March 2015, she was invited to give a TED talk—one of the first delivered inside a women’s correctional facility.

The book, Trauma Stewardship, was written at the request of fellow colleagues. In 2005, she traveled to post-Katrina New Orleans to help in the aftermath. As Laura was coming to the end of her time there, some residents asked if she had anything in writing to leave for them. She did not. Many people before had urged Laura to write a book on her work, but she stubbornly refused because she—in no way—considered herself a writer. The palpable need for resources on trauma exposure would change that.

She returned home, and with a tremendous amount of collaboration wrote and independently published Trauma Stewardship in 2007. Several thousand copies were sold out of her basement. The book immediately was nominated for and received international award recognition and went on to become a best seller.

In 2010, Berrett-Koehler Publishers asked to publish a revised edition of her book. Laura prioritized pitching a wider tent to assure the book was relevant for the countless caregivers in homes and communities as well as increasing the relevance for those doing frontline work in environmental and conservation movements around the world.

Through word of mouth, Trauma Stewardship has sold more than 80,000 copies. From being referenced as part of a discussion on the plight of Pakistani writers in the New York Times to its inclusion in yoga-teacher trainings to it being required reading in more workplaces and educational institutions than can be listed, its influence has touched individuals and groups throughout the world.

Today, the book’s concepts continue to evolve under the rubric of The Trauma Stewardship Institute, which Laura established in 2011. Laura founded and served as director of a Spanish-language preschool guided by a curriculum in social and environmental justice. She is on the advisory board of ZGiRLS, an organization that supports young girls in sports. Laura also served as an associate producer of the award-winning film A Lot Like You, and was given a Yo! Mama award in recognition of her work as a community-activist mother.

Coauthor Connie Burk started her work in the anti-violence movement 25 years ago in Lawrence, Kansas. As a student activist and then a domestic violence shelter advocate, she began to make sense of her own experience with family violence and to build a framework for engaging people to make change. As her work progressed, she cofounded the first regional domestic violence survivor services for lesbian, bisexual, trans, and gay people in Kansas as a project of Women’s Transitional Care Services.

Since 1997, she has directed The Northwest Network of Bisexual, Trans, Lesbian and Gay Survivors of Abuse in Seattle, WA. With her leadership, The Northwest Network has developed a nationally acclaimed assessment tool, cutting-edge analysis regarding survivors’ use of violence, and innovative strategies for working with survivors’ friends and families. Over the years, colleagues and allies from across the Northwest region and the country have embraced Connie’s reframe of the work: not just to end domestic & sexual violence but to create the conditions necessary to support loving and equitable relationships.

Active in her community and synagogue, Connie is an executive producer of the award-winning documentary film A Lot Like You. Her sermon, Yom Kippur 5766, was published in the Journal of Religion and Abuse. She is a contributing author to the book The Revolution Starts at Home: Confronting Intimate Partner Violence in Activist Communities.

A sought-after speaker and commentator, Connie trains internationally on responding to secondary trauma in organizations, transforming abuse in LGBT communities, integrating community engagement throughout programs, sustaining a practice of ethical advocacy, and taking the crisis out of crisis-response organizations. She works with organizations to implement strategies from the trauma stewardship framework. Connie has focused particular attention on strengthening alliances among marginalized communities while centering liberation values in her work. She is a consultant for the Center on Trauma, Domestic Violence & Mental Health, the National Domestic Violence Hotline, the National Council of Juvenile and Family Court Judges, the Asian Pacific Islander Domestic Violence Institute, and many other national and regional organizations.  Connie offers keynote talks, webinars, workshops, retreats, and consulting for organizations and coalitions. She can be reached at rightonconnie@gmail.com.

As a someone with nearly 20 years in social services, I found Laura to be a breath of fresh air tinged with familiarity and understanding. Social Services workers focus on the most vulnerable citizens and often have few resources for self-care, because our work is most times misunderstood.

It was so refreshing to come in contact with someone who gets IT and Laura gets IT! I am grateful and humbled by our meeting… and I look forward to bringing her back to work with our staff.